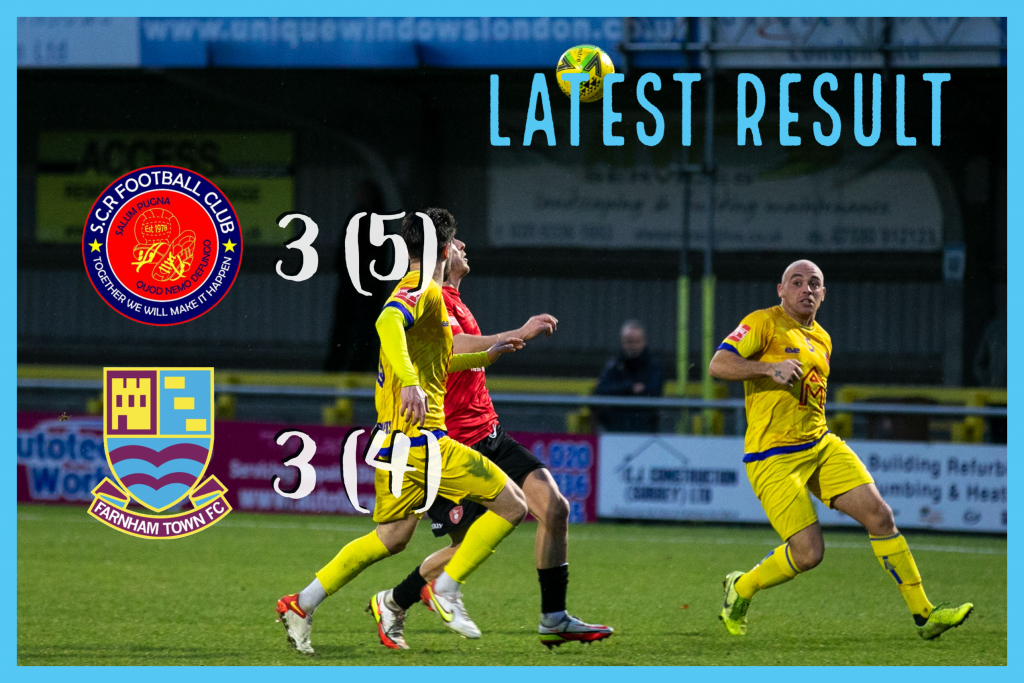 The First’s three times fought back from a goal behind against Combined Counties side Farnham Town to progress into the next round of the Surrey Senior Cup.

Darren Salmon made a number of changes to the side that lost against Bracknell, with Aaron Goode, Ollie Twum and George Baker coming in for Anh-War Tran-West, Shawn Lyle and Connor French.

It was the visitors who struck first, opening the scoring on 20 minutes, and predictably it was former Rovers man Kyle Henry who fired them ahead. Rovers levelled on the stroke of half time through skipper Ryan Dacres-Smith.

Two minutes into the second half and the lively Josh Ogunseye restored the visitors lead, and they held that until just before the hour, when keeper Justice Owusu spilled a shot, and Baker was on hand to score his first goal for the first team. Unfortunately the U23’s forward was injured in the process and had to be replaced.

Ogunseye looked to have won it for the visitors, when he restored Farnham’s lead three minutes from time, but Rovers fought back again, and in stoppage time levelled through Will Efambe.

And so to penalties.

Farnham stepped up for the seventh, and saw Ceesay make a great save, and Naseem James fired home our fourth to give us the lead.

Farnham scored their fifth to take it to 4-4 and put the pressure on our final taker. Fortunately we have seen Anh-War Tran-West take penalties before, and we knew the outcome, and so it proved with him sending us into the next round.

Harsh on Farnham Town who were excellent on the night, but progression for us, and we look to see who we come up against in the Last 16 (sides already through include Woking, Dorking Wanderers, Walton & Hersham, Tooting & Mitcham, Camberley Town, Lingfield, Kingstonian, Virginia Water, Balham and Corinthian Casuals).