PENALTY WOES FOR THE FIRSTS 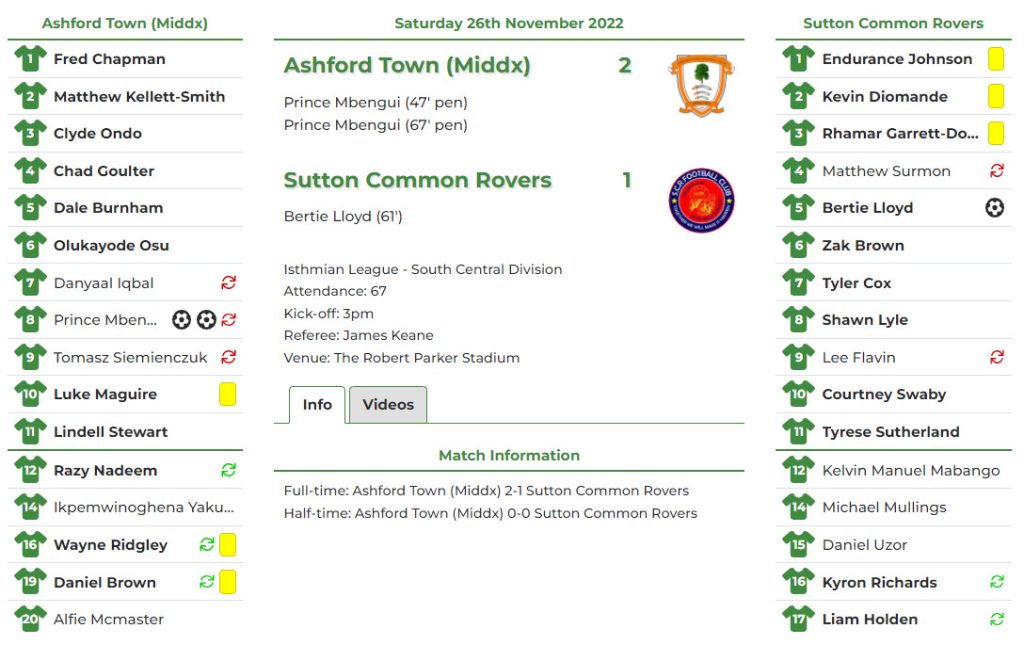 After a goalless first half, we were rocked seconds into the second half when Endurance Johnson bought down Prince Mbengui, who picked himself up to convert from the spot.

We responded positively and levelled just after the hour when Bertie Lloyd hooked home a corner from 2/3 inches.

Any hopes of going on to win the game were dashed on 67 minutes when Kevin Diomande was harshly adjudged to have fouled his opponent in the area and Mbengui again converted from the spot.