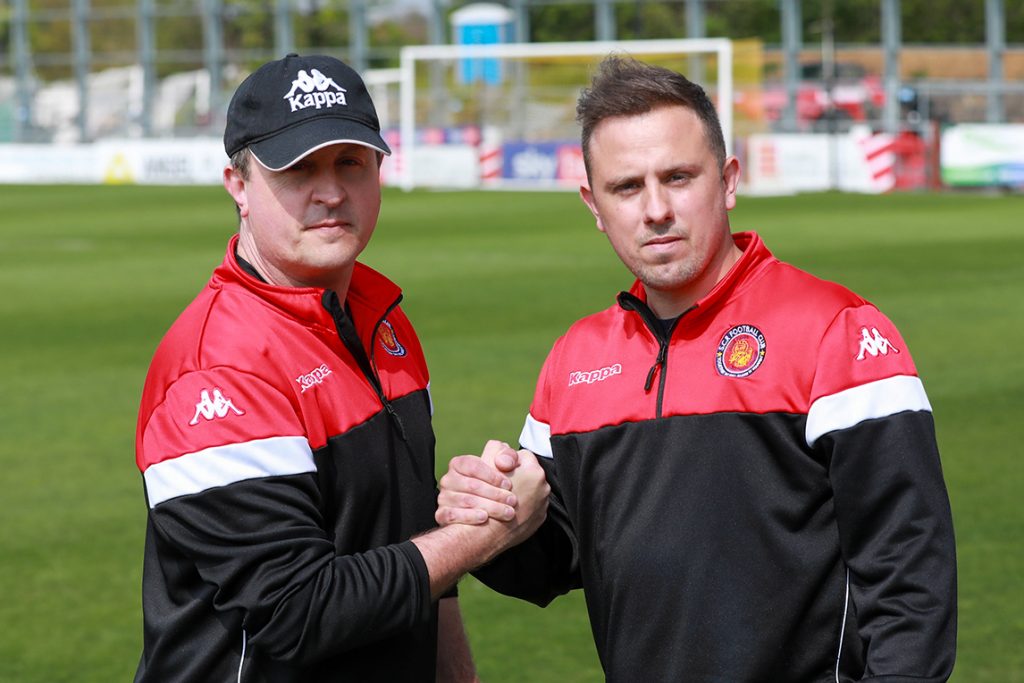 Unfortunately due to a perfect storm of work and deadlines we were unable to get this weeks interview with Lee into the programme.

Here are his thoughts as we head into this afternoon’s fixture with Southall.

Gary Brigden: We spoke in the Bedfont programme and there were some frustrations with current results and performances, I guess the last two results haven’t helped that. Bedfont was one to forget as we were poor from start to finish, but the Northwood game saw us give the unbeaten league leaders a real battle, especially in the second half. How did you see those game, and what did we need to get the right result.

Lee Flavin: We are having a bad run of form at the moment, something we will turn the corner with very shortly. It was a very disappointing display against Bedfont, but saying that the first half we looked the more dangerous side and then we gift the opposition a one nil lead from a poor back pass that fell straight to the forward. In the second half, if you have a lapse of concentration with picking up men you will get punished at any level.

GB: You introduced some new players in that game, with Kevin Songolo, Geneiro Maragh and Deji Owoeye all coming into the squad. How pleased were you with their performances, and how big an impact do you think they will have on the side?

LF: Away to Northwood I did fancy ourselves to go there and cause an upset. However, to be fair, we didn’t look like us in the first half and it showed by our second half performance which saw the league leaders struggle to get to grips with our play. We really have to put teams under cosh from early because leaving it late sets us a mountain to climb.

All the new players played a vital part in the squad Saturday, players that will grow once they get more fitness and become familiar with the group.

GB: We are currently hampered by injuries at the minute, can you put your finger on why so many players are on the treatment table?

LF: We haven’t had a consistent physio from pre season due to work commitments and it’s killed us in pre season and it’s tearing us apart now. It’s an issue we are trying to address daily but with shortages in the world of physio’s it’s tough (ED: circumstances may have changed since this interview was written)

GB: Finally, Southall are new to the league this season and have made a solid start to the campaign. Back in the CCL days we had some enthralling and hard fought contests with them. What are you expecting from them today?

LF: Max at Southall always tends to have a very direct and strong running group. They are used to winning and gained promotion last season – most of their players have been there a while so should be a tough test for us on the day.