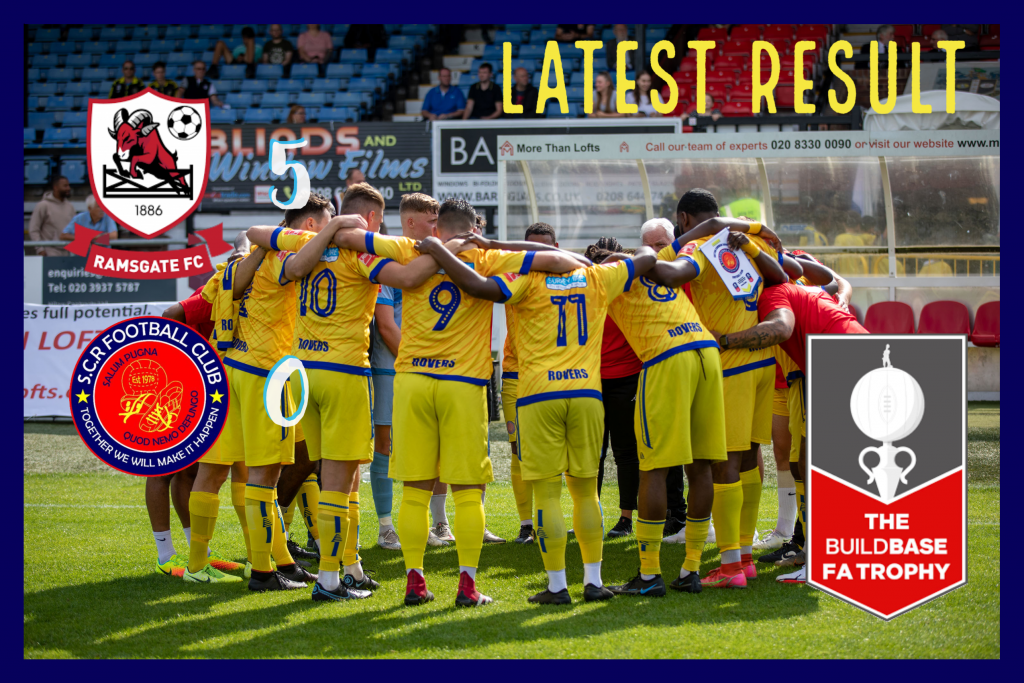 Our first venture into the FA Trophy ended in humiliation and disgrace on Saturday as a second half implosion saw our hosts ease to a five goal victory.

Darren made four changes to the side that had lost in midweek to Jersey Bulls with Dom Bates, Jake Hill, Kieran Campbell and Naseem James handed starts, Matt Tanton, Brendan, Kyle Henry and Tyrell Butler dropped to the bench, and to compound our frustrations the Healy pulled up in the warm up.

Ramsgate started brightly and Mackenzie Foley was forced into three excellent saves in the opening ten minutes. We gradually started to get into the game but it was the hosts who were dominating.

Ramsgale struck just after the half hour when a mistake by Bates gifted possesion to Jordan Chiedozie who in turn found Ashley Miller and he opened the scoring. We had a chance to level shortly before the break but after being released, Campbell could only put his effort over the bar and that was as good as it got.

What followed in the second half was one of the most embarrassing halves in the clubs history. A long ball forward five minutes into the half found Chiedozie and he made it 2-0 and shortly after Danny Lear missed when well placed.

Two red cards in five minutes saw us reduced to nine men. Firstly Danny Fernandez reacted to a challenge by Jamie Coyle and saw red with Coyle getting a yellow. Five minutes later and a poor challenge by skipper Ryan Dacres-Smith saw him dismissed.

Our misery was complete just under ten minutes from time when substitute Kyle Henry picked up a second yellow and reduced us to eight men.

It is hard to fathom what is going on from last season where our disciplinary record was good to now where we seem to be imploding. Big work ahead for Darren and Chris to restore our reputation. From a committee member of 20 plus years service, this sort of thing is soul destroying.