ROVERS BOW OUT OF FA CUP

Rovers bowed out of the FA Cup in the 2nd Qualifying Round on Tuesday night, when they lost a five goal thriller against the Jersey Bulls. Rovers made three changes from the previous Saturday, with Butler (injured), Bates and Fernandez left out, coming in were Ryan Healy, Kiyo Brown and Tyrell Butler.

The first real chance fell to Brendan Murphy-McVey, but his effort was fumbled over the crossbar by Jonny Willows and we enjoyed a bright start to the game. The Bulls though were always dangerous, and the pace of the impressive duo of Sol Solomon and Jake Prince was keeper us on our toes.

It was Rovers who struck first, when a corner from Brendan Murphy-McVey was swung in and headed down by Butler and skipper Ryan Dacres-Smith thumped the ball home from close range with just over 25 minutes on the clock.

The lead lasted barely six minutes, a ball slid through by Solomon saw Mackenzie Foley out bravely at the feet of Prince but the ball broke clear and the Jersey forward was up quickest and fired into an empty net to level the scores. Things got better for the visitors just before half time when a corner from the left was left by everybody and Luke Campbell was able to prod the ball home to give Jersey a 2-1 half time lead.

Both sides showed plenty of attacking intent early in the second half, but despite lots of neat play in the middle of the park, neither goalkeeper was seriously tested. We made two substitutions on the hour in a bid to get back into the game, with Ollie Twum and debutant Kieran Campbell replacing Brown and Butler, and Campbell in particular showed some neat touches and encouragement moving forward.

Jersey effectively sealed the game with 15 minutes remaining, a great run down the right by Lorne Bickley saw his low cross flicked home by Solomon, with, what it has to be said, was one of the best finishes you are likely to see this season. Rovers were not going down without a fight, and two minutes later a cross into the area by Malachi Robinson was half cleared by Willows and crashed home from the edge of the area by Murphy-McVey.

Willows saved well from a deflected Murphy-McVey shot, and apart from a few scrambles, and some bodies on the line defending by the Bulls we were unable to force the equaliser.

In a fractious end to the game, Matt Tanton was fouled on the edge of the area by the already booked Fraser Barlow, but no second yellow was forthcoming, and a minute later an identical Tanton tackle on Barlow saw the Rovers man receive a second yellow and be dismissed. In stoppage time Robinson mistimed a challenge on Kamen Nafkha to pick up his second yellow card, and reduce Rovers to nine men. 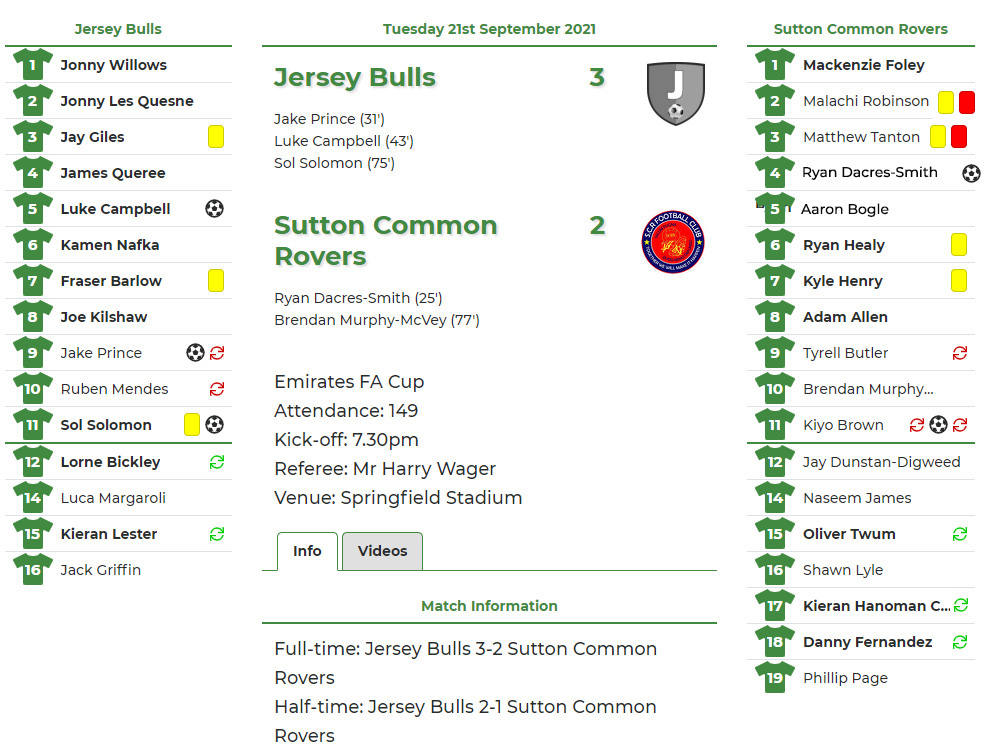