ROVERS BROKEN AT THE DEATH 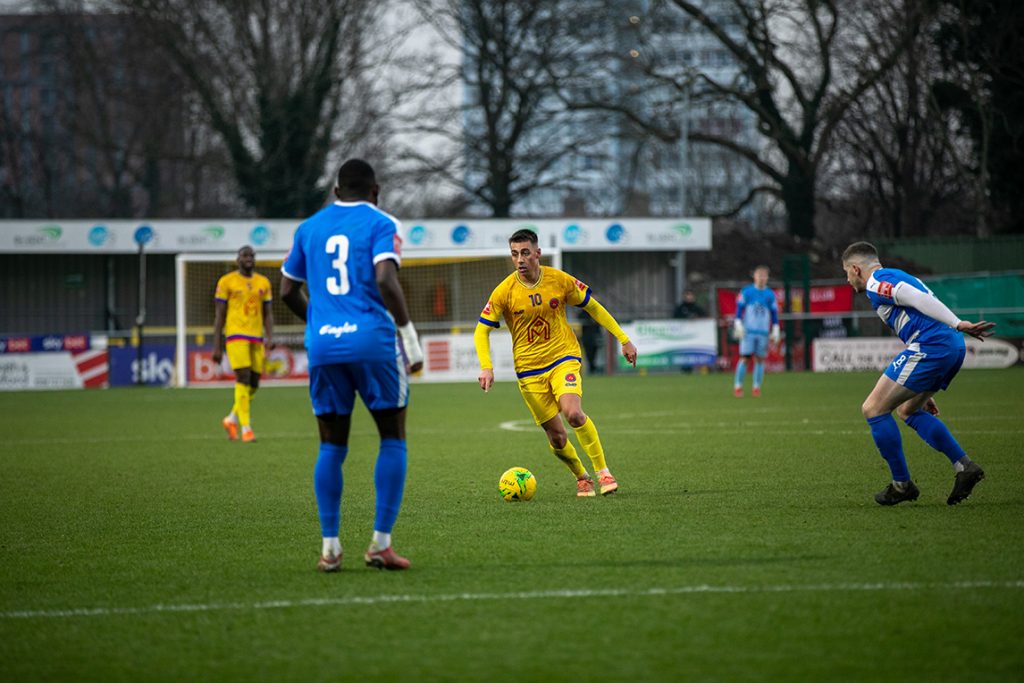 Rovers saw their hopes of a first point of 2022 dashed in the final minutes courtesy of a stunning free kick from Bedfont Sports Lewis Flatman which the visitors all three points in an entertaining encounting at the VBS Stadium.

Darren Salmon made several changes from the side that lost against Uxbridge, with loan signings Filip Chalupniczak and forward Tendi Quamina in for debuts, whilst their was a recall to the starting line up for the talented Kiye Martin.

After a cagey start it was Rovers who had the first effort in anger, when Ryan Healy dragged an effort with of the right hand upright. Back at the other end and a half cleared corner dropped to Joe Jackson but his effort through a crowd was well saved by Chalupniczak.

Both sides had chances in an entertaining opening period, Chalupniczak had saved well again from Jordan Esprit and Dan Williams, whilst at the other end Kiye Martin and Anh-War Tran-West dragged efforts wide for Rovers.

Just after the half hour and a shot from distance by Williams went wide of the left hand post, before Rovers then embarked on a rare sustained period of pressure with Ryan Dacres-Smith, Perry Iandolo and Shawn Lyle probing away, buta well marshalled Bedfont defence held firm.

Rovers almost snatched the lead on the stroke of half time as Healy found Martin but under pressure from Giovanni Palmer he was just unable to get the ball under control and it rolled back to keeper Matte Pierson.

Rovers started brightly in the second half and Tran-West was denied by a superb save by Pierson two minutes into the half. Dacres-Smith then fired a effort over from the resultant corner.

Azeez Alabi found his way into the book for a poor challenge on Dacres-Smith, and shortly after a lightning move by Bedfont saw Palmer release Esprit, but he was denied by a superb block by the impressive Germaine Dua.

Chapulniczak saved well on the hour blocking an effort from Jackson, with Jake Hill getting his body in front of the follow up, and the third attempt, from Bedfont substitute Ricky Wellard was gathered by Chalupniczak.

Martin and Tran-West then linked up well to set up Quamina and his whipped in cross was just in front of Lyle. Bedfont then turned up the heat and with twenty minutes remaining, they had Rovers pinned back forcing a succession of free kicks and corners, all well defended, and eventually a strike from Max Webb went wide of the right hand post.

Chalupniczak did superbly to turn a Jackson shot over and with ten minutes remaining a mishit Dacres-Smith cross almost caught out Pierson, but the keeper did well to backtrack and turn the ball over.

Into the final ten minutes and Kevin Diomande saw an effort deflected wide, and a Martin cross was agonisingly too far ahead of Rovers subsitute Kameron Gyeabour. Webb had a header cleared off the line by Hill and it looked as though the game would end goalless, then up stepped Flatman to break Rovers hearts. 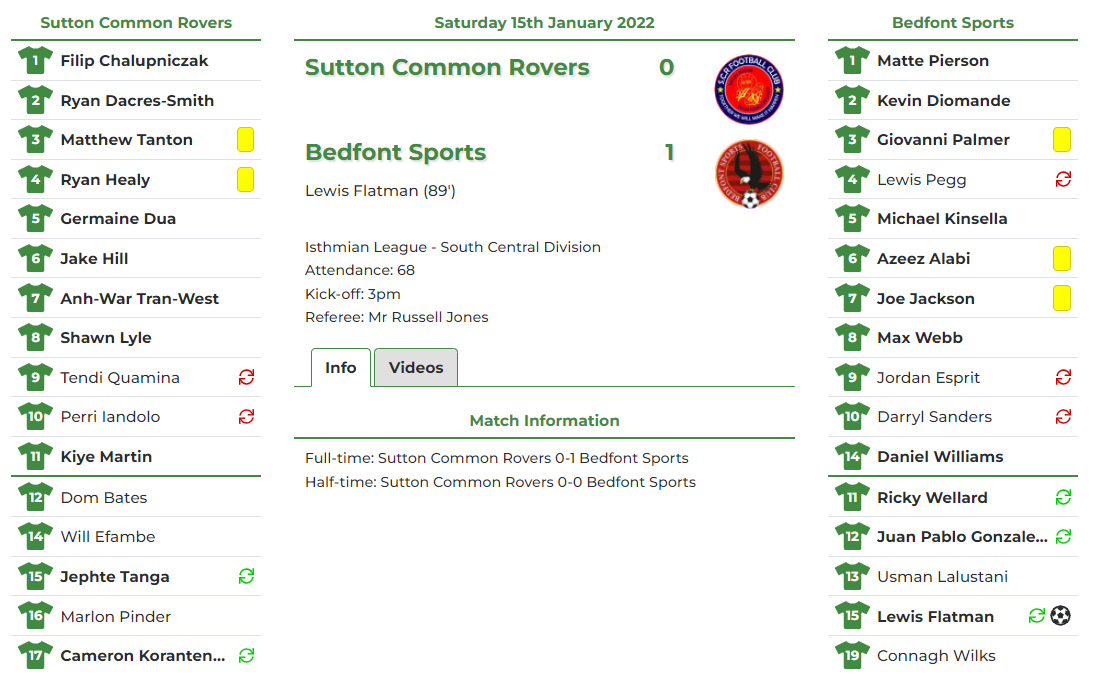