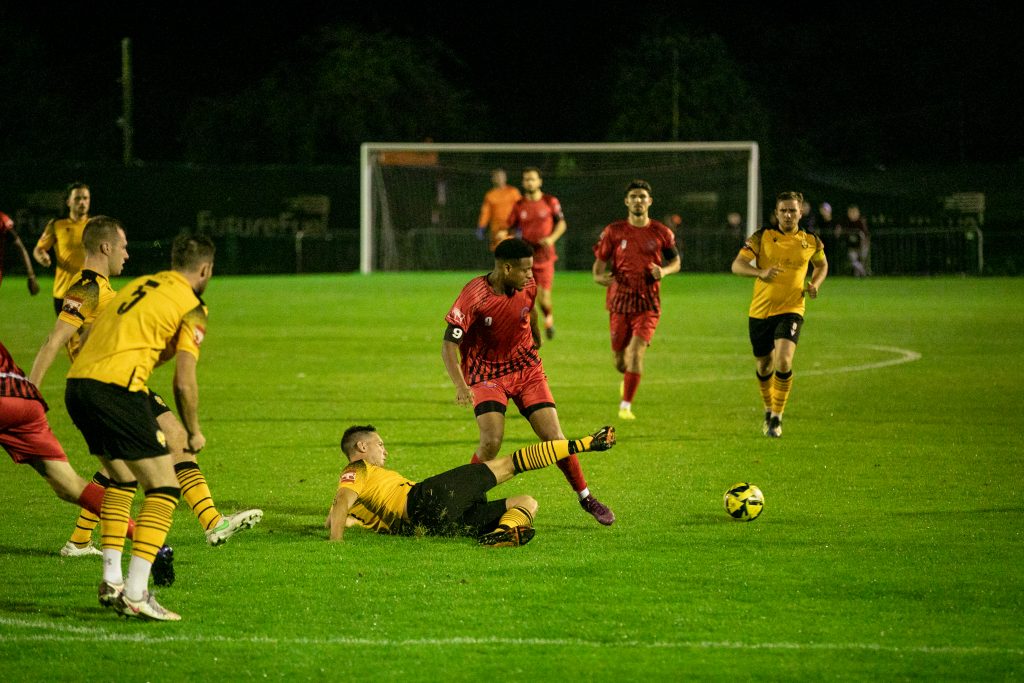 Rovers bowed out of the FA Trophy at the first hurdle for the second season running, when two goals in five second half minutes saw East Thurrock Utd pull clear, in what had been a tight encounter.

After a close first half, the giant Brian Moses was given the freedom of our area just shy of the hour to head home and five minutes later the unfortunate Bertie Lloyd headed beyond his own keeper for 2-0.

Kevin Diomande pulled one back in stoppage time, and had the distinction of becoming our first goalscorer in the Trophy, but any hopes of a dramatic Lancing style comeback were dashed a minute later when Oliver Spooner sealed the East Thurrock win.