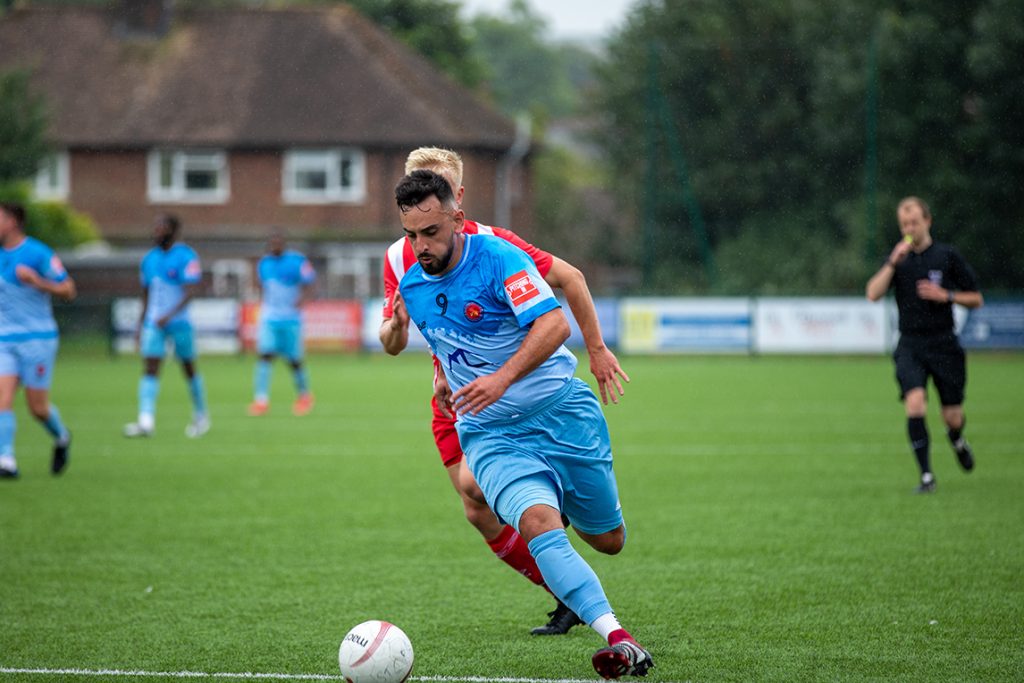 Rovers first foray into the FA Cup this season saw them return back from leafy Sussex having not hit the back of the net, and looking to replay against Steyning Town Community on Wednesday night.

The performance itself was much more positive than the opening day of the season, but that clinical finish was again missing. We did make a bright start and twice in the opening minutes had opportunities to open the scoring. Early on Dejahrn Grant looked to have got beyond the backline but was thwarted by a superb challenge by Andrew Younger. From the resulting corner the ball dropped to Shawn Lyle, but under pressure from Joe Fitzpatrick he could nly direct his effort over the bar.

Shortly after and Grant was again away down the left, but his shot, cutting inside was superbly stopped by the impressive Aleiu Secka in the Steyning goal.

Steyning were looking dangerous on the counter, and the diagonal ball into both George Cousins and Babby Bennett ensured that our backline had to be continually on their toes. Cousins almost got away on 20 minutes, but Aaron Bogle got across superbly to mop up the danger.

The hosts started to get on top, and forced a couple of corners, and from one a clearing header from Lyle dropped to Max Howell, but he dragged his effort wide of the right hand post. It was to have an impact on Rovers though, as in his jump to avoid deflecting the ball, Jake Hill tweaked his hamstring and had to make way for Matt Tanton.

Five minutes before the break and a fierce Brendan Murphy-McVey strike was superbly turned onto the post by Secka, and the keeper gathered the rebound before Grant could get an effort away. Half time came scoreless.

Steyning should have opened the scoring in the opening seconds of the second half. Cousins found himself with the freedom of the Rovers area but could only put his effort wide of the right hand post. Steyning were certainly having the better of things and we were on the back foot, however despite the pressure and balls across our area, Michael Eacott was relatively untroubled.

Darren Salmon introduced Kyle Henry and Adam Allen into the fray. Steyning went close on 70 minutes when a low cross by Howell was just to far in front of Michael Sabino and again the chance went begging and a minute late Scott Faber put a header over our bar.

Fifteen minutes from time and a threaded ball found Danny Fernandez, and his close range effort bought another great save out of Secka. Fernandez went close minutes later, latching onto a quick Ryan Dacres-Smith free kick he lofted the ball over Secka, but agonisingly wide of the left hand post – although the covering defenders would have had a chance of clearing.

We had one last chance to snatch victory, Naseem James broke clear down the right, cut into the area but his cutback could only find Murphy, when Fernandez and Henry were wide open for a tap in.

It’s all back to Banstead Athletic on Wednesday night. 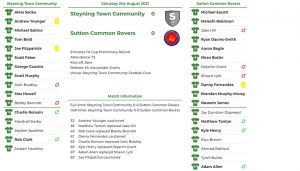