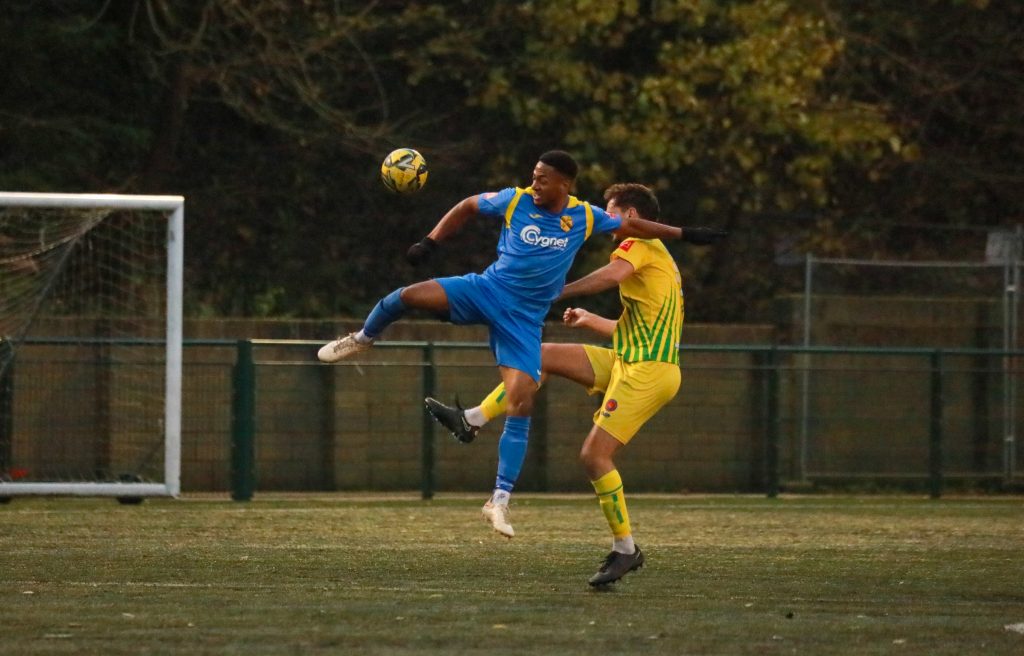 Rovers slumped to a hugely disappointing defeat against Westfield in a scrappy encounter last weekend, when two first half goals gave the visitors all three points.

We had the first chance of the game, when good work by Kevin Diomande saw him link up with Connor French but his shot was blocked. Back at the other end and a chance for Westfield ended with Troy Walters sprawled on the floor, a regular occurance throughout the game it has to be said.

Westfield struck on ten minutes, Hugo Odogwu-Atkinson was caught in possession on the edge of our area and the low cross by Darnell Goather-Braithwaite found Walters who had a simple tap in. Westfield continued to dominate possession and created another chance on 15 minutes but Didi Ndombe fired his effort well over the bar.

Truth be told it was a hugely scrappy encounter with very little quality on show from either side. Westfield continued to have the better of things and midway through the half, after we had only half cleared a corner, Walters fired a shot high over the crossbar.

On the half hour we finally started to put Westfield under some pressure, pinning them back in their half, but without really creating much in the way of clear cut chances. Walters went down cheaply just after the half hour, for the umpteenth time, but again the official was wise to the antics and play continued.

The scores should have been level on 35 minutes, neat link up between Kyron Richards and Connor French set Lyle free in the area but he was denied by a smoothering save by Sonny Wheeler. Tyrese Sutherland was then left in a heap on the floor after a poor challenge by Luke Elliott.

Westfield increased their lead on the stroke of half time, a corner was swung in from the left, Bertie Lloyd was injured in the process of trying to clear, and Isaac Charles saw the ball richochet off him and into the net to give Westfield a 2-0 lead at the break.

Lyle saw a shot deflected wide early in the second half, and a spell of Rovers pressure saw Richards fire an effort just wide of the left hand post.

It should have been 2-1 with fifteen minutes remaining, when substitute Brian Testolin capitalised on some indecision in the Westfield backline, only to be denied by a superb challenge by Elliott, from the loose ball another substitute, Lee Flavin, fired an effort goalwards, only to see Charles come from nowhere to divert the ball wide. You guessed then it wasn’t to be Rovers day.

Luke Brophy fired an effort through a crowd, bringing a decent save out of Endurance Johnson, and Elliott volleyed an effort from a corner off for a throw in, and that was pretty much it.

A dire performance and one that leaves Rovers looking over their shoulders at the pack below.