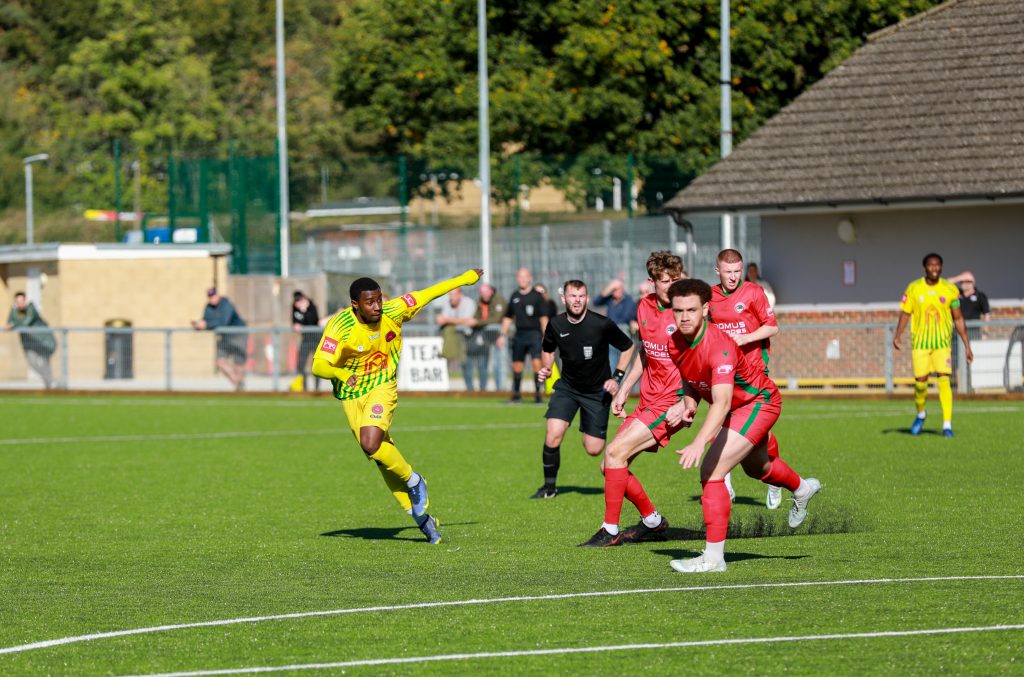 Rovers slumped to a disappointing defeat away at ten man South Park on Saturday.

The management made a couple of changes from the side that had lost at Binfield last time out, Endurance Johnson, Kyron Richards and Shawn Lyle all came into the line up with Dan Purdue and Matt Surmon dropping to the bench, and Tyler Cox out through injury.

Rovers had the first chance on three minutes, when a Javin Dougan shot was comfortably gathered by Zac Basey in the South Park goal, and on ten minutes the lively ex-Rovers man Aidan Brown was hauled down by Bert Lloyd and another ex-Rovers man Brendan Murphy-McVey fired the resulting free kick straight at Johnson.

Fourteen minutes in and Rovers had a decent shout for a penalty, with Dougan chasing a Kevin Songolo ball into the area, he appeared to be clipped by 5 but a corner was the outcome, and although Basey made a hash of his attempted punch no Rovers man could take advantage.

Brown linked up well with 8 and Murphy-McVey, before they released 11, and his low shot was blocked behind for a corner by Hugo Odogwu-Atkinson. Rovers had two glorious chances approaching the half hour, firstly a Courtney Swaby free kick caused Basey all sorts of problems before it was headed behind from a corner, and from the delivery again no Rovers man was able to force the ball home.

The hosts were reduced to ten men just after the hour, a surge through the heart of the defence by Richards saw him hauled back by 5 who saw a straight red. This incident rather than lift Rovers had the opposite effect, and the heart and desire shown by the South Park side was ultimately to give them their rewards.

As the half drew to a close South Park forced a succession of corners, however despite some less than convincing Rovers defending they were unable to force the ball home. 7 saw a shot deflected behind by Lyle, and Dougan saw his clipped effort over Basey well cleared by 6 and the sides went in level at the break.

Odogwu-Atkinson headed over the bar from an early second half corner as Rovers looked to make use of the man advantage. 11 drilled an effort into the box shortly after and South Park had a decent shout for a penalty as the ball appeared to strike Lloyd’s arm. Richards had the ball in the net on the hour, after a forward run by Kevin Diomande but the flag was up for offside, and the effort ruled out. 7 then jinked passed a couple of Rovers defenders only to see his shot blocked behind by Richards for a corner.

Rovers made a double change with 25 minutes remaining, with Dougan and Swaby making way for Brian Testolin and Nebay Haile. The ever dangerous Brown did superbly to set up Seanan McKillop, and his low drive was inches wide of the Rovers right hand post. South Park took the lead with fifteen minutes remaining, a hopeful ball into a channel forced Diomande into a reckless challenge on Brown and from the free kick, the defence parted to allow Brown a tap in from four yards.

7 saw an effort saved by Johnson as South Park looked to seal what had seemed an unlikely victory after 30 minutes. 3 then drifted passed four or five Rovers players before firing over the bar. Scores should have been level five minutes from time, Lyle did superbly on the left, beating several players and cutting the ball back from the deadball line to Testolin, only for his effort to squirm agonisingly wide of the left hand post. Lyle then saw a prodded effort gathered by Basey, and that was pretty much it.

Rovers head off to Thatcham Town on Saturday looking to end a run of just one point in six games. 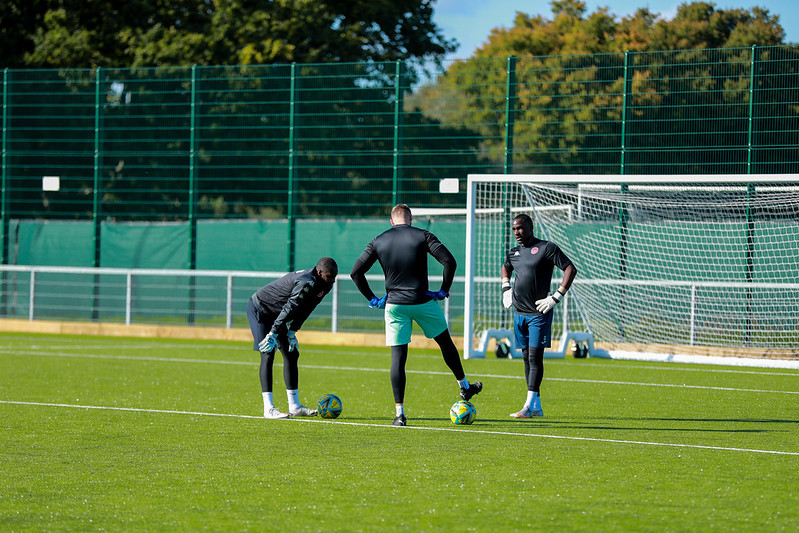