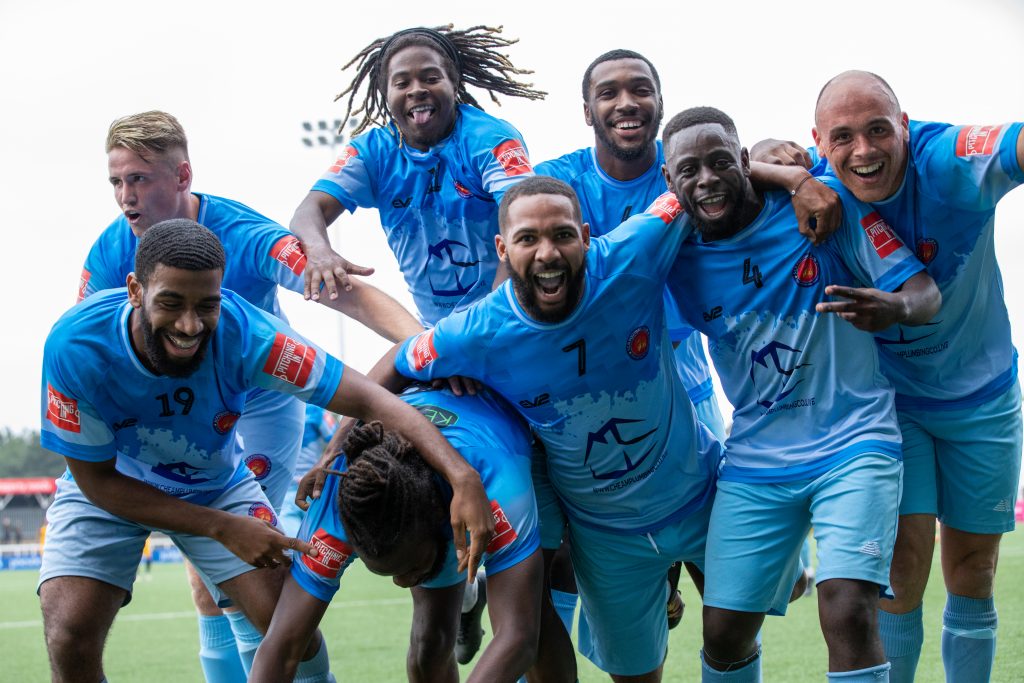 Rovers progressed to the 2nd Qualifying Round of the FA Cup for the first time in their history, and a date with the Jersey Bulls, after a stirring 3-1 win over highly fancied Isthmian Premier division side Cray Wanderers on Saturday.

Their hosts may have lost their last couple in the league, but boosted an experienced array of experienced Step 1 and football league campaigners in the shape of player manager and former AFC Wimbledon striker Danny Kedwell, and stalwarts of the Sutton Utd FA Cup run, Dean Beckwith and Nicky Bailey, along with new loan signing from Bromley Archie Burnett, highlighting the different spheres the sides operate at.

However after a bright Cray start Rovers took the lead. A huge clearance by Michael Eacott eventually saw the ball played back to Jack Turner, the keeper under pressure from Danny Fernandez could only find Brendan Murphy-McVey with his clearance and the stylish Rovers midfielder took two touches before firing low into the bottom right hand corner to give the visitors a shock lead.

Cray responded positive with Kedwell and Fjord Rogers causing the Rovers backline some problems, and after a low Burnett shot was turned goalwards, Malachi Robinson turned the ball off the line. Shortly after and Anthony Cook fired goalwards but this time Dom Bates was able to hook off the line. Despite being on the back foot, Rovers were still a threat going forward, with Robinson, Kyle Henry and Matt Tanton causing problems on the flanks. Danny Fernandez was only able to guide a header straight at Turner.

We struck again a minute before the break, this time a flowing move saw Ryan Dacres-Smith find Matt Tanton, who in turn released Robinson who beat his marker and fired in a low cross that was expertly finished by Fernandez. However barely had the celebrations stopped before Cray were back in the game. A barnstorming run by Fjord Rogers saw him glide beyond Tanton and Butler, only to be fouled by Butler in the area. Cook stepped up to send Eacott the wrong way from the spot for 2-1.

The whistle blew for the interval almost immediately, denying Cray a chance to get up a real head of steam, and allowing Rovers to regroup.

That said Cray started the second half brightly and a drive from distance by Cameron Brodie flew wide of Eacott’s left hand post and shortly after a guided header by Kedwell was well held by Eacott. We were defending superbly with Butler and Bogle outstanding, and in the 67th minute we restored our two goal advantage, with a goal of sublime quality.

Intercepting a Kedwell knock down on the edge of our area, Allen drove forward, crossing the halfway line, and playing a neat one-two with substitute Tyrell Butler he sped on and calmly rolled the ball under the advancing Turner fr 3-1.

Cray now went for broke, with Kedwell curling a free kick just over the bar, and their were gaps for us to exploit, and from one T.Butler was just off target with a deft finish from an Allen cross.

Cray had a couple of half chances towards the end, but we held firm and progressed to a huge tie with an excellent Jersey Bulls side. 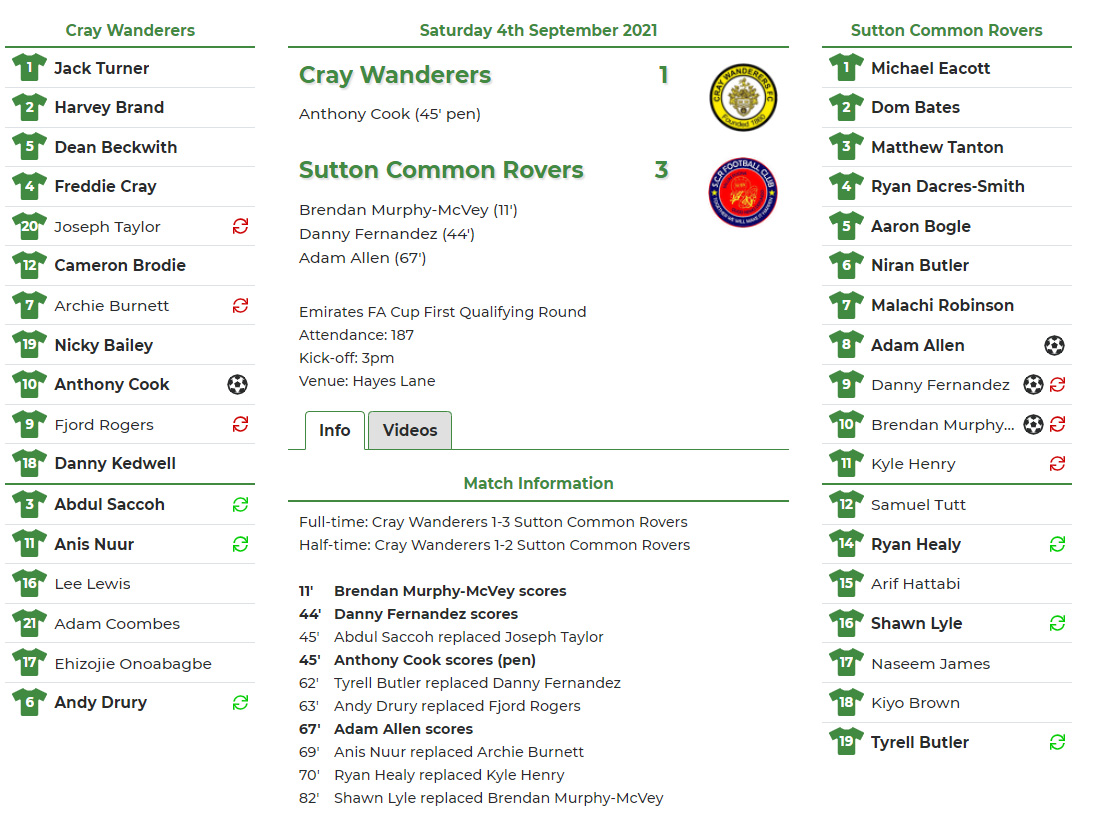