ROVERS SLUMP TO ANOTHER DEFEAT 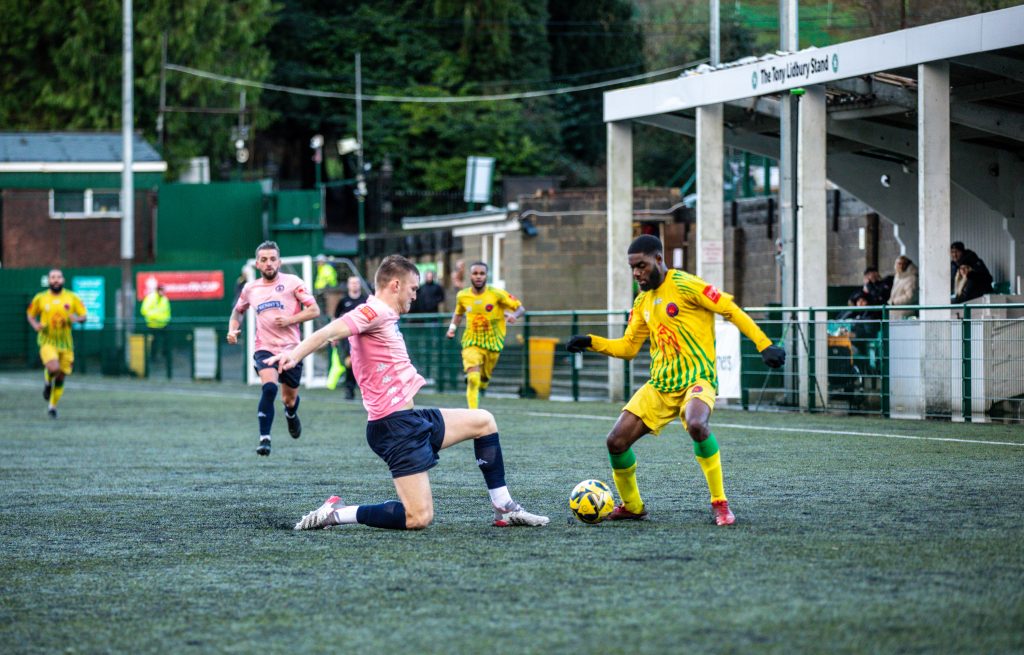 Rovers made it eight defeats on the spin on Saturday when a wonder strike by Michael Dixon gave visitors Chipstead all three points.

In all fairness, Chipstead were good value for the win as Rovers, for all their possession in the wrong areas, rarely threatened the visitors goal.

There was very little to shout about in the opening exchanges, but it was Chipstead who almost got in on nine minutes. An uncharacteristic mistake by Liam Holden let Andy Somo free, he tried to play in Jerry O’Sullivan but the pass was overhit and the danger averted.

With that, the heavens opened and we treated to twenty five minutes of monsoon like conditions before the sun broke through and players and spectators were able to dry off.

Not a lot happened in that time with neither keeper being severely tested, and it wasn’t until just shy of the half hour that Chipstead’s Matt Kerbey was called into action, getting down well to his left to turn a Courtney Swaby free kick wide. Five minutes from the break and Kerbey was out sharply to hack clear a through ball as Shakeel Morris looked destined to get on the end of the ball.

Back at the other end and neat interplay on the right ended with a dangerous whipped in Dixon cross being just too far in front of Somo and the sides went in level at the break.

Chipstead started the second half brightly and in the opening minute a cross from Dixon cleared Holden only for Somo’s touch to let him down and the ball trickled harmlessly behind for a goal kick. Chipstead had plenty of pressure in the opening fifteen minutes of the half, without really troubling Rovers, and at the other end the willing Rovers captain Tyler Cox waas ensuring O’Sullivan was kept on his toes.

The only goal of the game came on 64 minutes. Rovers half cleared a Chipstead corner, but neat link up on the left between Peter Wedgeworth and Charlie Kennett ended up with the ball finding Dixon, and his curled shot from 25 yards flew over Endurance Johnson and into the net for 1-0.

Minutes later and a fierce effort by Jensen Grant crashed against our crossbar as Chipstead looked to increase their lead. We responded positively though and after a Swaby corner was only half cleared, Matt Surmon saw his fierce drive well save by Kerbey away to his right.

Tom Smith struck an effort from just inside the area against the crossbar on 80 minutes. Rovers pushed forward but despite our best efforts the central duo of Teddy Perkins and Ollie Hamstead were holding firm for Chipstead and it was they who almost increased their lead on 89 minutes, when a ball from substitute Kieran Lavery found O’Sullivan but his effort was deflected over the bar.

The last chance came to Rovers when Zaid Ouaret Sorr saw his effort deflected behind for a corner, but from the delivery Tyrese Sutherland was unable to get a decent head on the ball and the chance went begging. 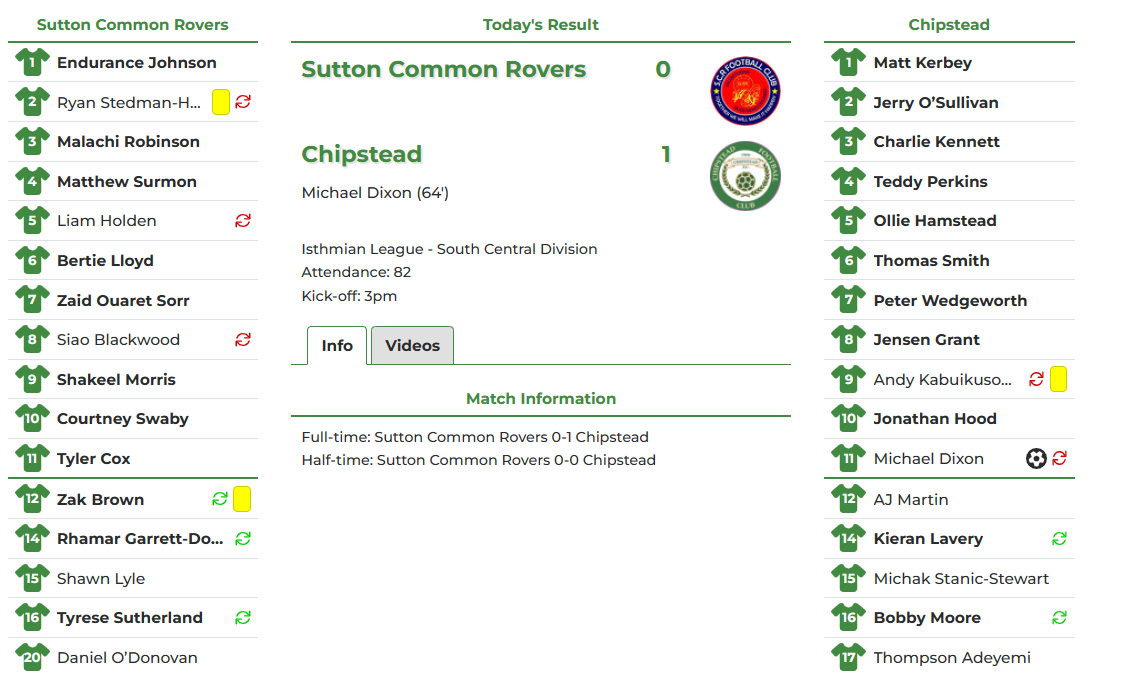