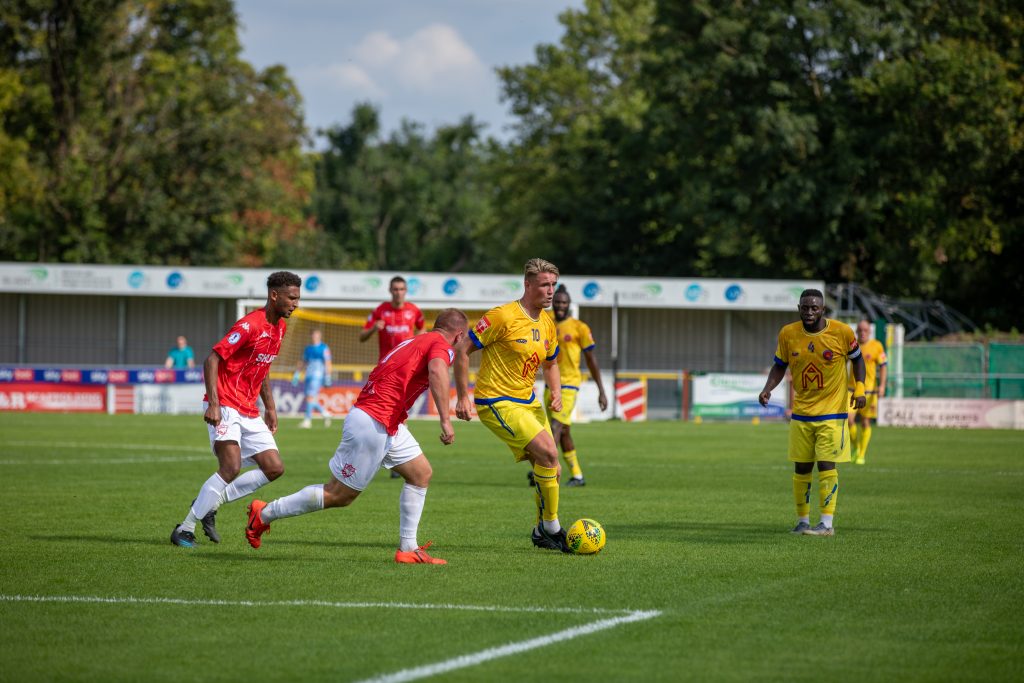 After Saturday’s FA Cup draw, the 2nd Qualifying Round replay against the Jersey Bulls will now take place at Sutton Utd, on Tuesday 21st September with a 19:30 kick off.

The issues of turning around at such short notice, unlike a midweek league fixture which would be organised well in advance, was prohibitive.

Many of our players are self employed, and rescheduling work and loss of earnings at short notice was not something they could do. Similarly for the three teachers in our squad, they again could not arrange cover.

This would mean we would take a small fringe squad to the island, which obviously would hit the integrity of the competition.

Add into the mix the requirement of all players needing to be double jabbed or have a negative PCR test, this was not possible.

Most of our players have had a single jab, and with a PCR test there was no guarantee that the test and result for all the travelling party would have been back prior to boarding the plane and heading off to the island.

The furore should one of the party have travelled and subsequently tested positive, endangering all on a flight would be ridiculous.

We did offer to travel over on Saturday, however with both sides involved in other unmovable FA competitions (the Trophy for us and the Vase for the Bulls) this again was not an option.

The options for a venue near either Gatwick or Heathrow airport was offered to Jersey, but the decision was to play it at Sutton.

Whilst we have every sympathy with the Bulls and their supporters, we have to ensure the safety of all concerned and uphold the integrity of the competition, and we were not able to guarantee this.

It does throw up the issue of the FA having some leniency when an offshore side is involved. Surely the option on allowing a following weekend replay has to be investigated.

Hear Darren’s statement on the replay