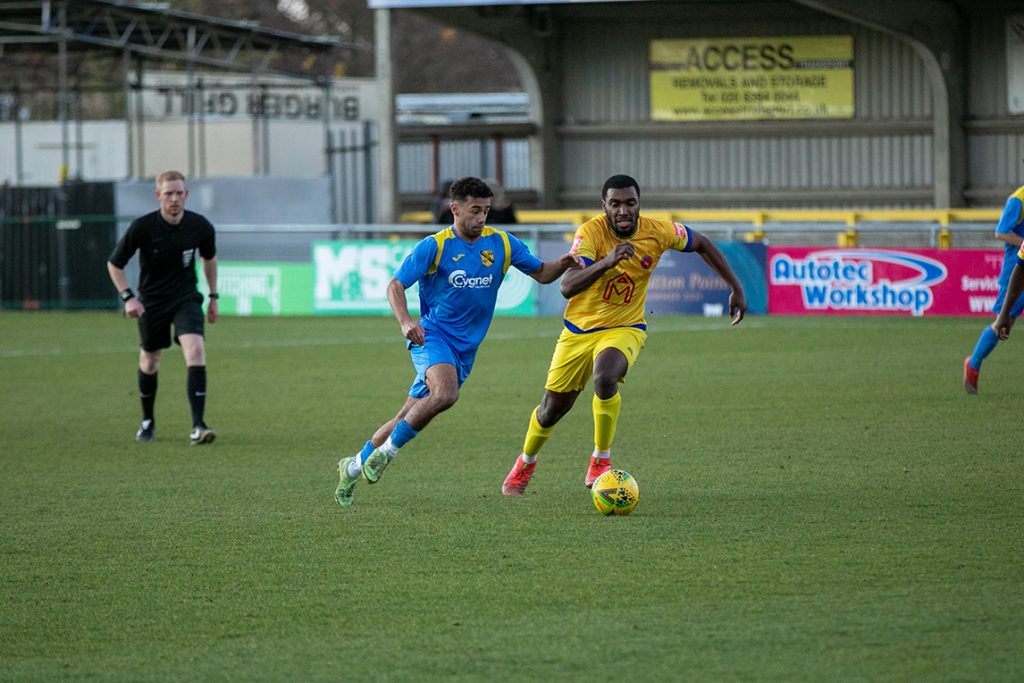 Defender Niran Butler has left the club and has now moved on to fellow Isthmian South Central side Westfield.

Niran joined in pre-season, to link up with brother Tyrell, and made 10 appearances, but was unfortunately injured for a large chunk of his time with us being injured in the first game against Jersey. He returned two weeks ago against Staines Town, and made his last appearance on Saturday, ironically against Westfield.

Joining the club is young attacking midfielder Ethon Archer. Ethon joins from Bedfonts Sports, where he made four appearances this season. We thank Bedfont for their speed on pushing through the transfer.