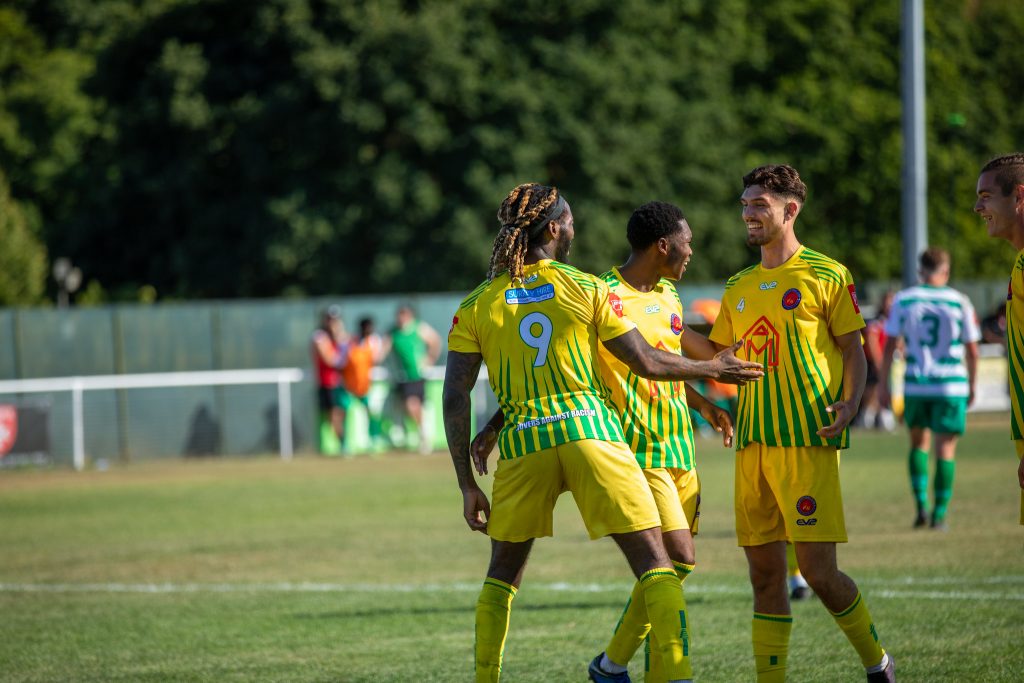 Shawn and Matt have both decided to move on from SCR and continue their careers elsewhere.

Shawn joined us back in the 2019/20 makiing his debut in a 3-1 win away at Molesey. He instantly proved a hit with teammates and spectators. He scored his first goal for the club in a 12-1 win over CB Hounslow Utd.

Shawn was a huge influence on and off the pitch during our run to the 5th Round of the FA Vase, often leading the post game celebrations.

Matt joined us at the start of this season and immediately showed his class, patrolling the midfield, winning possession and spraying passes around the pitch.

Matt scored his first goal, an absolute screamer away at Three Bridges, in the Velocity Trophy and went on to make 27 appearances, scoring twice.

We wish both lads all the very best in the future football careers.