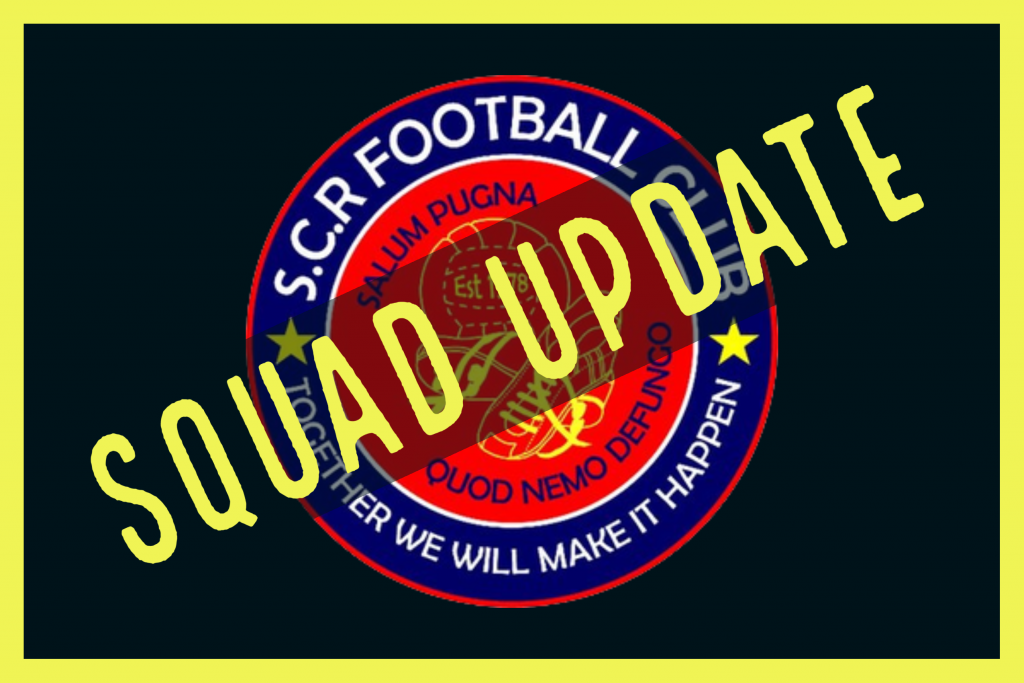 So, finally getting round to it, just a few weeks into the season, and as is our usual way, we go for the understated announcement for new signings.

Coming on board for this season are:

NIRAN BUTLER
Slightly older brother of centre forward Tyrell. Ni joined the club this season from Isthmian North side Maldon and Tiptree and has made an instant impact as a strong athletic centre back who loves to defend. Strong in the air, reads the game superbly and a great range of passing, Ni looks to be a fabulous addition to the squad and one to watch out for this term.

DEJAHRN GRANT
Recently introduced, this lively winger-come-striker joins SCR having recently been with QPR. D has great feet, good awareness and takes instruction superbly making him a great fit for Chris and the coaching team. Do not be surprised to see Dejarhn use the Rovers as a springboard back into the pro game and no-one would begrudge him the opportunity. Lovely humble lad with a big talent.

RYAN HEALY
Ryan was with Chris at the Robins and comes with a raft of Isthmian experience. Joining us in the summer from Merstham he has slotted well into the group and his quality began to show as the cobwebs of two covid seasons have started to blow away. Ryan could be invaluable to us this season in the centre of the park but already his versatility during pre-season has demonstrated that he can be so much more for us. Another bright spark to keep an eye out for this season.

JAKE HILL
Jake has been on Darren’s target list for a number of seasons. Another new summer addition to the squad, he has looked very assured and settled quickly with the group. Jake has experience at step four thanks to his time at Westfield which will be invaluable this season especially with the blend of senior and young players in the squad. Jake first caught the managements eye during his time with Colliers Wood Utd.

NASEEM JAMES
Nas is yet another new addition to the squad this season and has been hugely impressive in pre-season. A powerful, tricky winger who is hard to knock off the ball and has an eye for goal cutting in from the flank areas. Nas has given the management a headache as we look to build a powerful offence. Nas joins us from Colliers Wood Utd.

ARIF HATTABI
‘Rifs’ is another of our summer acquisitions. His last club was Staines Town. Arif is a tenacious, clever central midfielder who has linked well in preseason with Bren and RDS. Rifs has very quick feet, excellent close control, and a superb range of passing that will be a real threat to add to our array of forward options during the current campaign. Definitely one to watch out for.

PHIL PAGE
Club legend with over 100 goals for the first team. Took time out due to work commitments but is now back and raring to go. Not just a scorer of great goals, but a great goalscorer. Phil has previously seen time with Dorking, Farnborugh and Chertsey Town.

KIERAN CAMPBELL
Newly signed from Combined Counties side Sheerwater, when he had a terrific goalscoring record. First came onto our radar as a goalkeeper at Epsom & Ewell, and has previously played for Guildford City amongst others. Scorer of some fantastic goals back in the day for SCR Sunday.

Of last years squad, Darren has retained the majority of players. NATHAN AYLING is currently taking some time away from the game, AARON GOODE has moved to Hartley Wintney, whilst OLLIE TWUM remains on the treatment table.