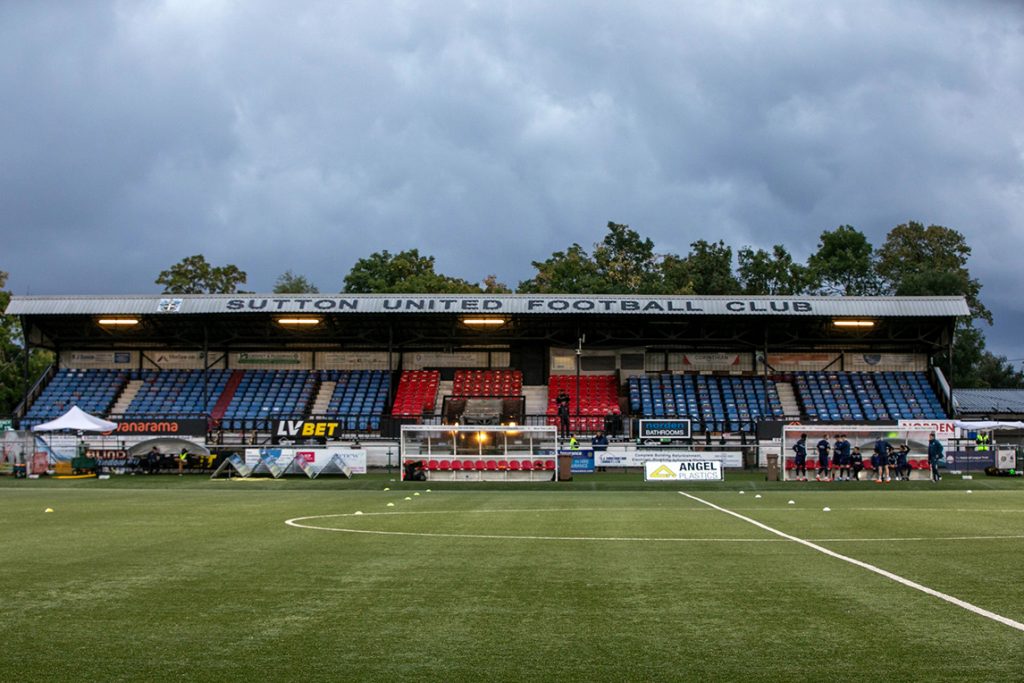 After six hugely successful and enjoyable seasons groundsharing with Sutton Utd, we will be moving to a new home for the start of the 2022/23 season.

We would like to thank all at Sutton Utd for their support and encouragement during our time sharing with them, and hope that their committee have found us to be a respectful and gracious tennant. In no particular order we would like to thank Bruce Elliott, and former manager Paul Doswell, who along with Bobby Childs, Graham Starns & Rob Oakes (to name a few) were instrumental in helping us return to the Borough of Sutton after a prolonged period away. Not forgetting Clive Soper for his help and assistance on matchdays, and many other committee members for their support.

We would like to wish Sutton Utd the very best for the future, and good luck for their Papa Johns Trophy final this weekend.

For ourselves, as many will know we are currently working with Sutton Council with regards to bringing the David Weir Leisure Centre facility up to Step 4 standard. Funding efforts are ongoing and the club is hopeful that this work will be completed some time during the 2023/24 season. Short term, our U23’s and U18’s will be playing out of the facility with lower grading requirements for their levels.

For the first team, whilst we will be moving out of the borough, we’ll not be to far away and hope that our regulars will still be able to attend.

Once again, without the tireless efforts of the club committee, this would not have happened and we would have been left homeless for next season.

Arrangement have been submitted for approval this afternoon, prior to the cut off time so we expect to be able to officially unveil our new home by the end of this weekend…