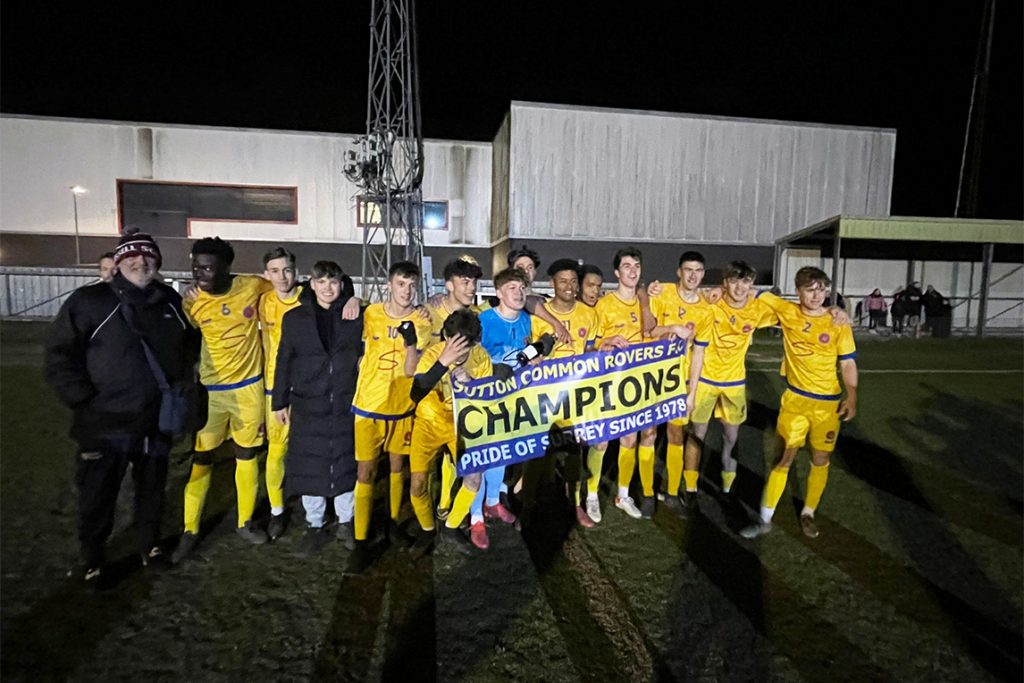 A superb performance by the U18’s saw them see off the challenge of second placed Cray Valley PM to secure the Isthmian Youth East division title.

After a tight start, nerves were settled on 15 minutes when an in-swinging corner from the left was met at the back post by skipper Ollie Hamstead who headed us into the lead.

It was 2-0 just before the break when broke down the left, saw an overlap and neat finish by Xavier Obi, and we went into the break two goals to the good and 45 minutes from the title.

Cray Valley had a great chance to reduce the arrears early in the second half, but a well struck penalty cannoned off the bar before being cleared to safety.

We effectively sealed the game and the title just after the hour when another deep corner was headed back across goal and poked home by Theo Serafeimidis.

With fifteen minutes remaining we increased our lead to 4-0, a quick break saw us go one on one with the keeper, but although being forced wide we were able square the ball back and a close range tap in by Abdul Sbaiti made it 4-0.

Cray to their credit didn’t give up and inside the last five minutes they pulled one back. A ball in from the right saw the Cray forward beat our offside trap and calmly finish beyond Toby McKimm for 4-1.

Minutes later it was almost 4-2 a free kick into the area was headed against the post and gathered by McKimm and launched clear, leaving our forward through on goal. This time though Cray got back to defend but pulled him down in the process and Hamstead crashed home the penalty for 5-1.

The lads will now look to complete the league campaign unbeaten before the head into the Champions of Champions Cup, where they will face one of Worthing (Youth South champions), Bedfont Sports (Youth West champions) and Woking, Leatherhead or Kingstonian (who are fighting it out for the Youth Central title)