U18’S REMAIN UNBEATEN IN THE LEAGUE 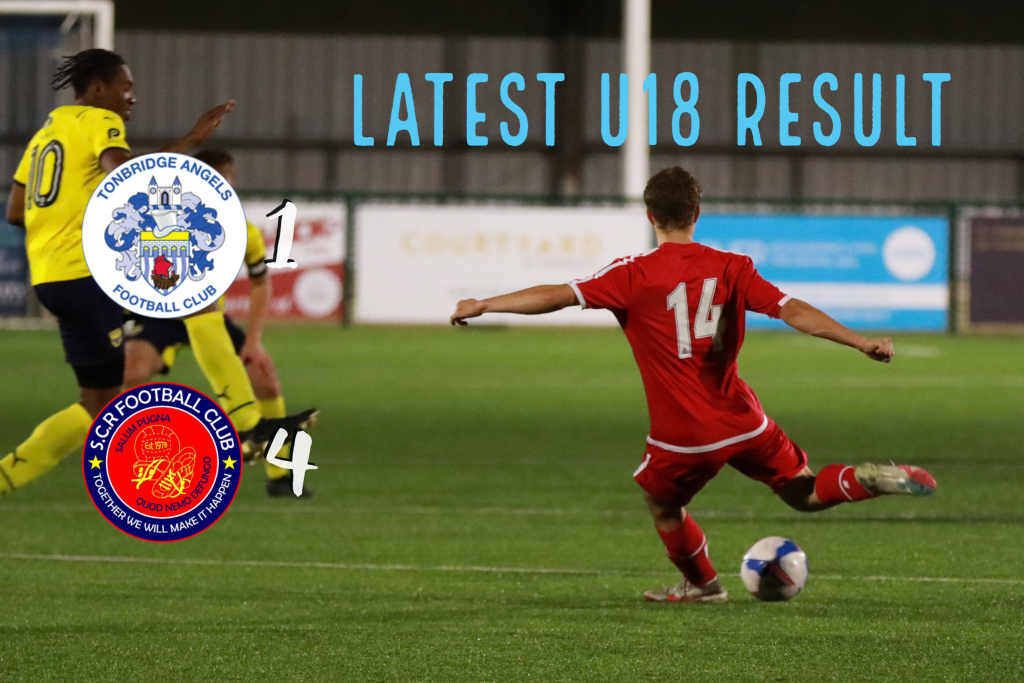 A dominant performance from the lads saw them ease to a 4-1 victory over Tonbridge Angels on Monday night. We went at our opponents from the off, but were denied a breakthrough, thanks to a mixture of some excellent defending and good saves from keeper Matt Larkin, plus our own shortcomings in front of goal.

We did open the scoring midway through the half, and on 24 minutes a corner from the right found the head of one of our unsung heroes, captain Ollie Hamsted and he headed us into the lead. Two minutes later and it was 2-0 when an unfortunate Luca Bradley turned the ball into his own net, under some pressure from our attack.

Jonah Wall went close near the end of the half, bringing another good save out of Larkin, and we headed into the break with a two goal lead, and feeling disappointed it wasn’t more.

Larkin denied Wall early in the second half, before Tonbridge had probably their best spell of the game, putting us under some pressure and forcing Toby McKimm into a good save from Ben Morgan.

Larkin again showed his ability with a top notch save on the hour, before we finally increased our lead and Wall was able to fire home. Almost immediately it was 4-0 with Bobby Moore firing home from close range.

Tonbridge showed great spirit and never gave up and were rewarded with a well deserved goal just over five minutes from time, when George Rayners free kick was headed home by Joe McCusker.

An entertaining and excellent game of football, which see us maintain our unbeaten start to the league campaign