WANT YOU BRAD FOR GOODE 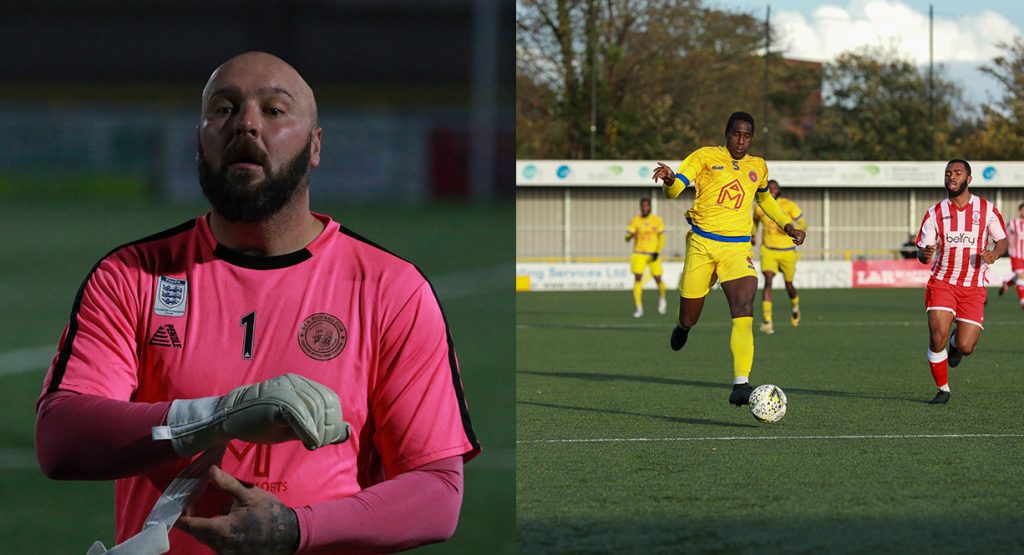 After a run of poor results, Darren Salmon has moved quickly to bolster his squad and provide some fresh impetus moving forward.

Their are welcome returns to the club to a couple of fans favourites, who have both tried their hand elsewhere.

Goalkeeper Craig Bradshaw is back – the imposing keeper was a huge part of the clubs history playing a key role in our Southern Combination Challenge Cup win several years ago. “Bradders” brings a wealth of experience to the backline, whilst allowing youngster Mackenzie Foley some time to get some less pressurised minutes and rediscover his confidence.

Centre back Aaron Goode started pre-season with us, then upped and went to Hartley Wintney, but the stylish defender is now back in our ranks and will give some solidity and composure to an overworked backline. “Goodie” is a huge presence on and off the pitch, and we as a club are far better for having him back.

Elsewhere, there is some news of some of our other unavailable defenders.

Niran Butler is still sidelined with his injury, picked up in the first game against Jersey Bulls – hopefully he is approaching fitness; Jay Dunstan-Digweed is currently out on trial at Queens Park Rangers, whilst Nathan Ayling is taking some time out of the game for personal reasons.